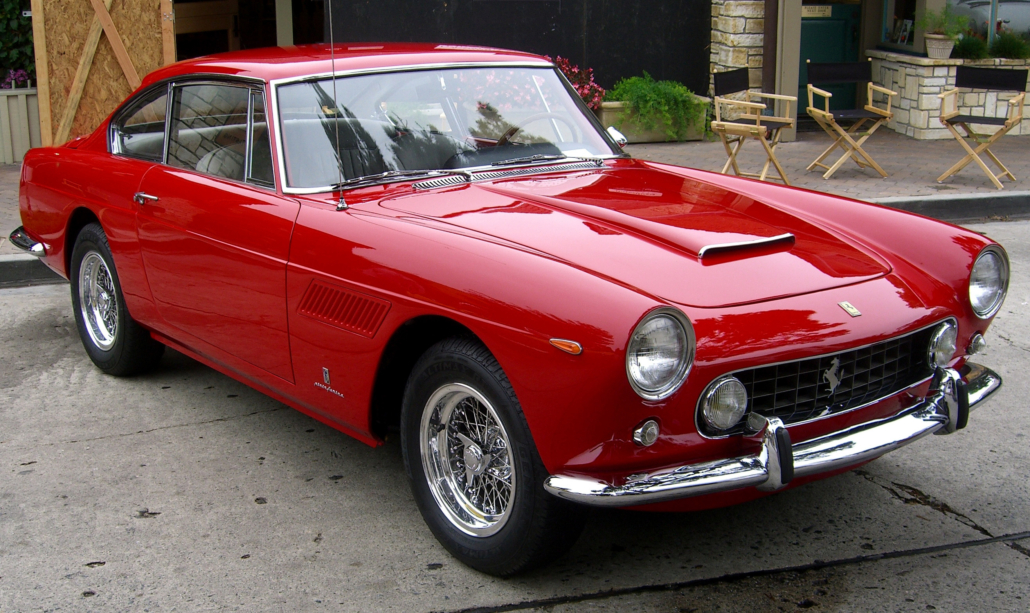 The 250 GT 2+2 was the first four-seater Ferrari to be produced on a large scale.

The Pininfarina bodywork combined the results of the latest studies on aerodynamics with extremely elegant lines. The last fifty cars built (the final car left the factory at the end of 1963) were fitted with the 4-litre V12 engine from the 330 America.

The 250 GT 2+2 Coupé was unusual in that, instead of first being presented at one of the major salons, it made its public debut as the course car for the Le Mans 24 Hours in June 1960. Although there had been Ferrari models designated 2+2 in the early fifties, in practice the rear seat on these cars was really only suitable for small children, or adults for very short journeys due to the limited leg room.

The 250 GTE was the first Ferrari with reasonable four-seat accommodation, and was deserving of the 2+2 designation. Pininfarina provided a 2+2 seating arrangement in a smooth body style that was of the same 2600 mm wheel base as the 250 GT Coupé and Cabriolet. With a body only a fraction over 300 mm longer, 60 mm wider and, perhaps most surprisingly, over 50 mm lower, and only putting on around 80 kg in weight in the process, it was quite an achievement!

The bodies were mounted on a 2600 mm wheelbase chassis with factory number 508E, and each was numbered in the odd chassis number road car sequence carrying a ‘GT’ suffix. Constructed along the same lines as that of the preceding 250 GT Coupé, the main difference was the placement of the engine 200 mm further forward in the chassis, to increase the space available within the wheelbase for the passenger compartment.

The independent front suspension, rigid rear axle with leaf springs and telescopic shock absorbers, later assisted by coil springs, four wheel disc brakes and steering, were all along the same lines as that fitted to the last of the production coupés, whilst both left- and right-hand drive was available.

The front of the car was dominated by a shallow and wide rectangular, egg crate radiator grille with driving lights in its extremities, and a one piece, chrome-plated bumper fitted initially with plain then rubber-faced over-riders below it. Circular side/turn signal lights were provided either side, and above them were the open headlights with slim, concave chrome trim rings. At the rear was a vertical one-piece tail light cluster in the trailing edge of each wing, featuring triple circular lens, from top to bottom: a reflector, turn signal and tail/stop light.

There was a similar extended step in the tail panel below the boot lid shut line, as on the Coupé, with a wrap-around chrome-plated bumper fitted initially with plain then rubber-faced over-riders below it.