When we mention classics at SBR, how could we forget the lightweight E type, built and engineered by SB’s owner whilst working for another specialist in 2006…YVH 210. The car followed Stuart to SBR to be campaigned again by its owner at the time.

This car won the TT in 2007 and 2008 and had the TT lap record for several years. The owner bought the car over to SB to be prepared and supported for the 2010 Goodwood TT, but unfortunately a head gasket failure put an end to its winning streak. An amazing car, and still one of our favorites.

For the 2009 event we also campaigned  the owners 246s Ferrari Dino, which went on to finish 3rd in the Sussex trophy. 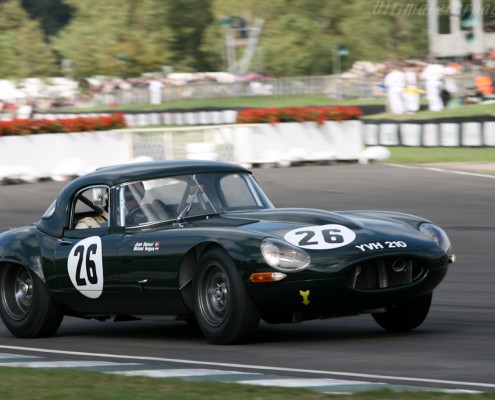 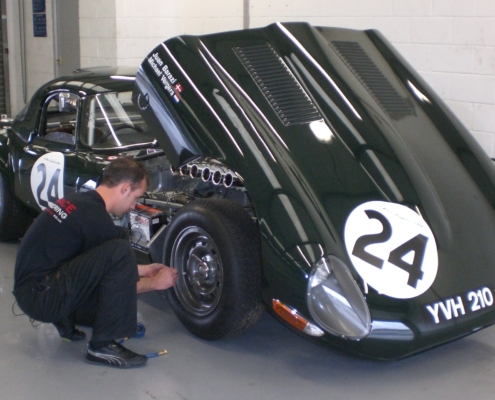 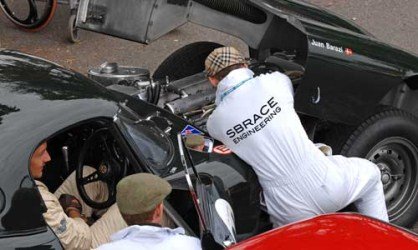 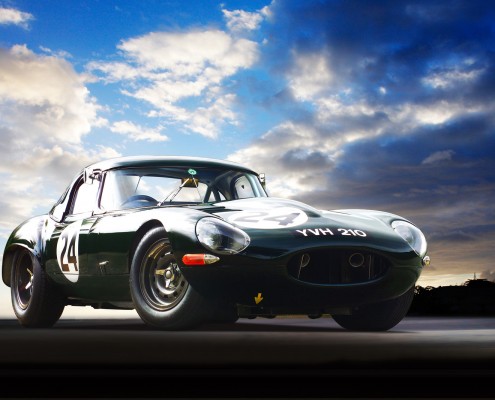 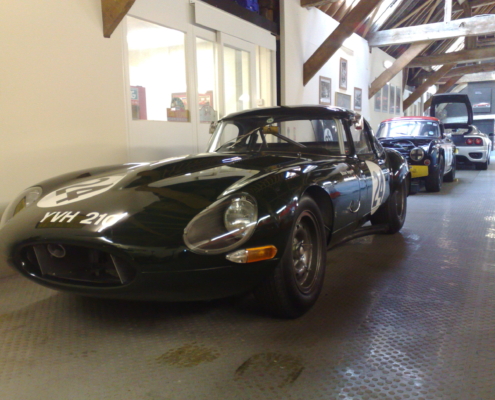 Jaguar built the Lightweight E-Type Competition Roadster as a follow up to the hugely dominant D-Type, which claimed victory at the famed Le Mans 24 Hours three years consecutively! These Lightweights featured revised bodywork. The Body was manufactured from aluminium instead of the standard steel E-Type panels. The engine was a race-tuned aluminium block with a ‘wide-angle’ cylinder head and a Lucas fuel-injected, 3.8-litre, straight six-cylinder engine, which could produce in excess of 300 bhp!

The Lightweight E Type, chassis S 850666, known internally at Jaguar as Lightweight E-Type No. 9, completed assembly in July 1963 and was sold new to Peter Harry Sutcliffe. A British textile manufacturer from Huddersfield, Sutcliffe was not only an enthusiast but also a successful racing driver, despite his competition career being briefly interrupted by national service! Sutcliffe took to the wheel of a variety of machinery, including a Jaguar D-Type, this Lightweight E-Type, a Ford GT40 and a Ferrari 330 P4, and regularly competed at the highest level, including the famed Le Mans 24 Hours as a Works Ferrari driver, the Nürburgring 1000 KM and the Grand Prix de Paris.

Sutcliffe was first presented the opportunity to purchase this Lightweight by Lofty England, the manager of Jaguar’s sports car racing team, at the 1963 Easter Monday meeting at Goodwood. Peter recalls that England towered over him in the paddock, offering the chance to buy one of Jaguar’s latest sports racing cars, as a result of Jaguar having watched his progress and performances over recent years in his D-Type, chassis XKD 504.

Peter Sutcliffe ordered this Lightweight E-Type through Coombs and Sons Ltd in Guildford and chose to employ the Jaguar factory themselves to maintain the car between events. On 12 July 1963, this Lightweight was registered in the UK and assigned the licence YVH 210.