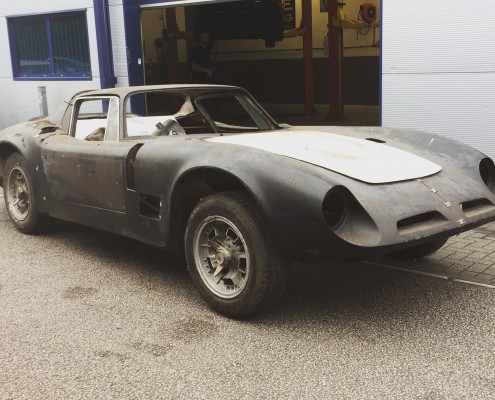 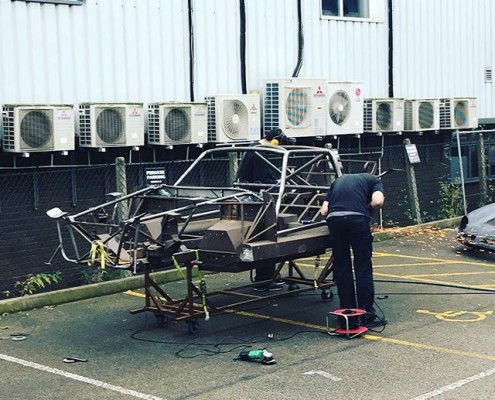 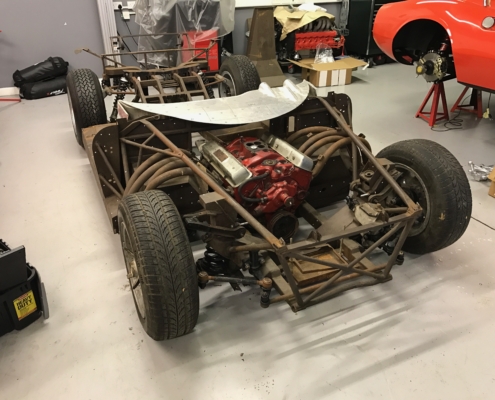 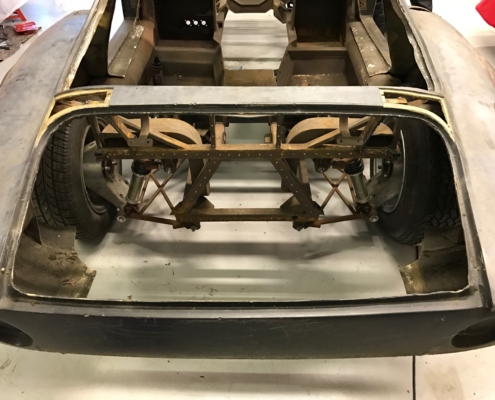 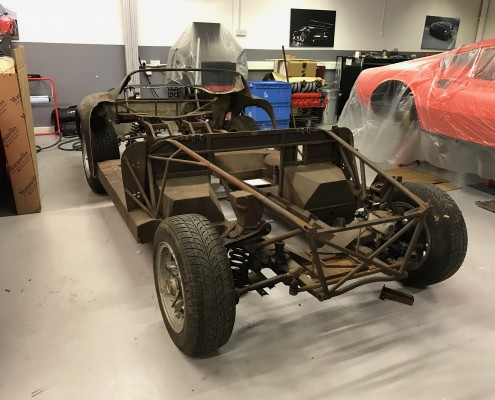 This Bizzarrini 5300 GT America is a fiberglass bodied car, one of very few produced in this “Corsa”  by  Bizzarrini.

Engineer Giotto Bizzarrini, credited with designing the Ferrari 250 GT in 1961, joined the Iso Company in 1964 to develop the Iso Rivolta, Grifo and the A3C. The A3C was renamed Bizzarrini 5300 GT when engineer Bizzarrini was given the parts and rights to produce these cars as part of the settlement upon his departure from Iso in 1965.

Our car is to be restored to its former glory with subtle modifications being made to bring it up to date, i.e. a modern type roll cage. The customer has owned this car since the early 1980’s and is now keen to get her back out on some historic rallies and the odd circuit event. Parts for the cars are hard to come by so we have our work cut out on this one!

Lightweight E Type at Goodwood
Scroll to top
We use cookies to ensure that we give you the best experience on our website. If you continue to use this site we will assume that you are happy with it.OkPrivacy policy